Map Citations
Absentee voting allows voters to cast their ballot without going to a traditional polling place, in most cases by voting through the mail. States differ in the requirements to qualify to vote absentee, with some states allowing any voter to do so and others requiring an excuse, such as a medical emergency. States that conduct all-mail elections, where every eligible voter is mailed a ballot, are categorized here as no-excuse absentee states. 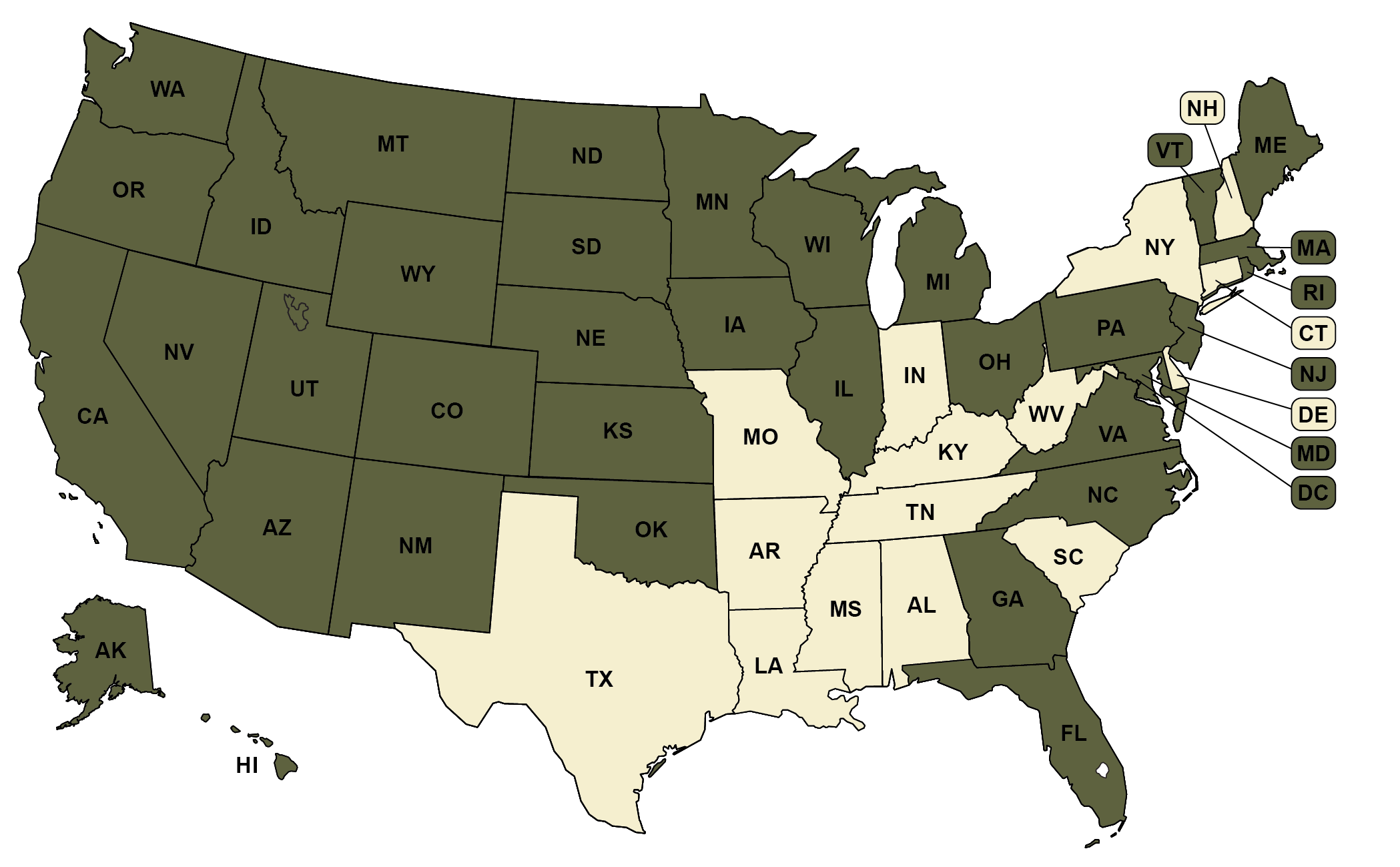