Map Citations
3rd party voter registration drives are often non-partisan, community efforts that encourage and assist people in registering to vote. While almost all states allow voter registration drives, some ban them entirely, and a number of states have implemented restrictions that operate to unduly burden these efforts. Such restrictions include requiring groups to register and or complete (often burdensome) training through the state as well as implementing deadlines which require completed applications to be returned before the general registration deadline. 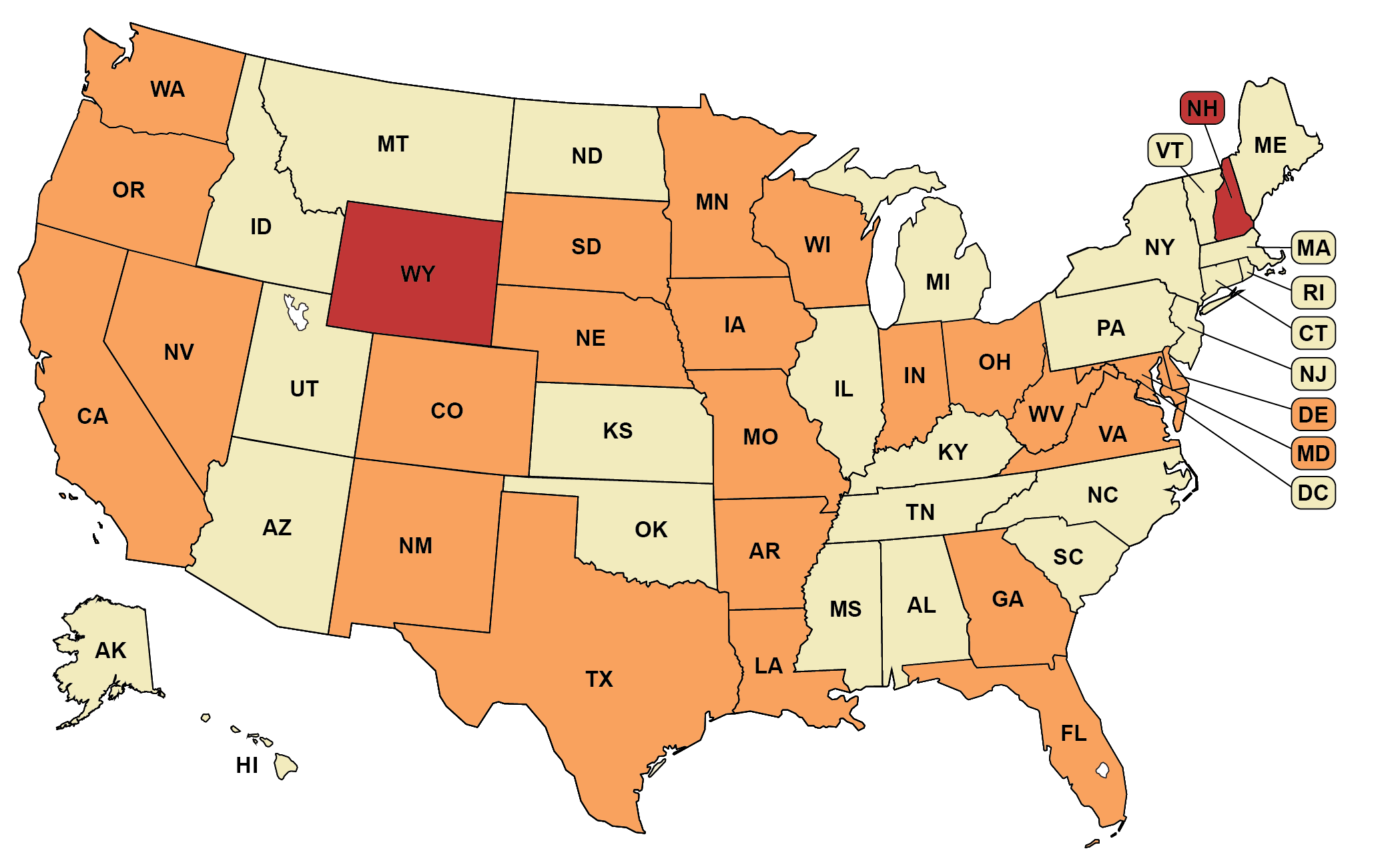 57 % of population lives in states that restrict registration drives

42 % of population lives in states that do allow registration drives