Map Citations
The Electronic Registration Information Center (ERIC) is a non-profit organization created in 2012 to assist states in improving the accuracy of their voter rolls. ERIC helps states modernize their voter registration systems and increase efficiency and security. Member states submit their data to ERIC which then allows the states to see if voters have moved within or out of state, identify duplicate registrations and remove ineligible voters. 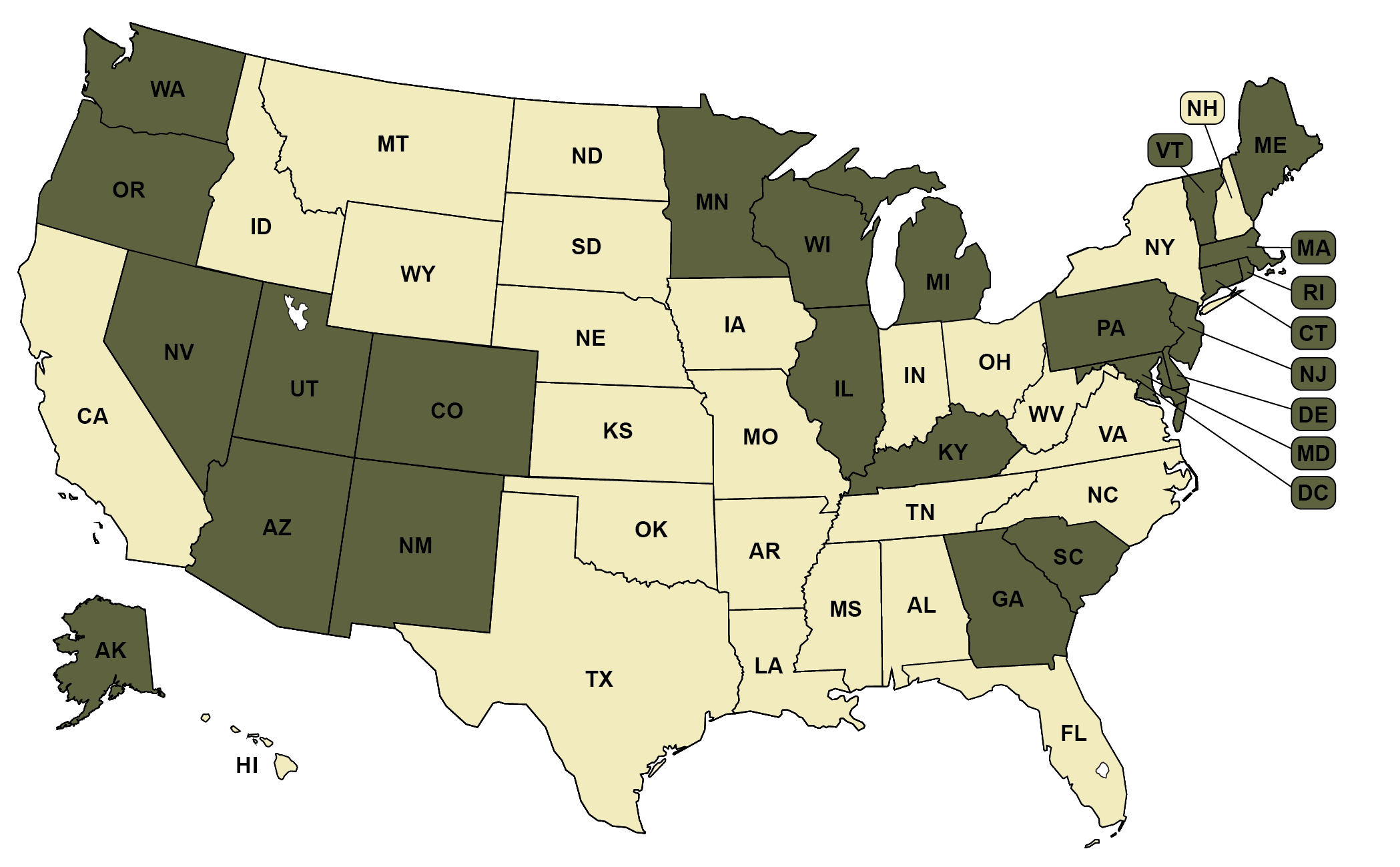 63 % of population lives in states that are members of ERIC